“If these trees could talk, they would tell you about the first “land grant” owner of the land upon which you stand.  Captain Robert Daniell (1646-1718) was a native of England who made his living as a ship captain and merchant trader. He established his residency in the colony by 1678 and was granted land on the island, then known as “Ittiwan,” in the late 1690s. His home was downriver of this location.  Around 1706, the island became known as “Daniell Island” in recognition of Robert’s status as the majority landowner.

During his life, Daniell would accumulate acres of land in the areas of Charles Towne, Beaufort, and Winyah Barony (today in the vicinity of Georgetown). These massive parcels included property that he purchased or was granted by the Lords Proprietors, some of which was awarded for his many years of service in the provincial militia.  Daniell was rewarded for his active involvement in the politics of the colony when he was appointed Deputy Governor of North Carolina (1703-1705) and South Carolina (1716-1717).” 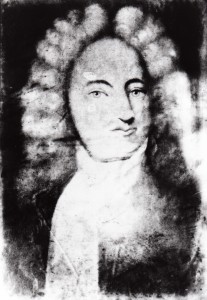 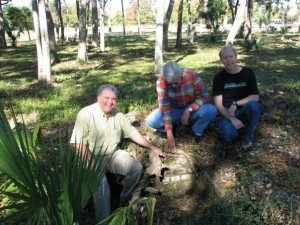 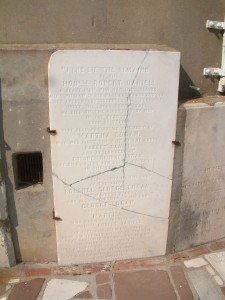 Photo (above) “Here lie the remains of the HONbl Robert Daniell”

There’s lots more about Robert Daniell…and his descendents….throughout our website.