The land to the east of Bishop England High School on Daniel Island was once owned by Richard Codner, whose original occupation was as a ship’s Captain.  Over his lifetime, he would amass 246 acres of land on the island    and over 750 acres in the Charleston area. This would ultimately earn him the title of “gentleman,” reflective of his status as a planter. At the time, “planter” was a title given to one who owned a plantation…not necessarily meaning that crops were planted.

Codner was first granted 76 acres on Daniel Island in 1680 by the Lords Proprietors and is recognized as one of the eight early landowners on the island.   Rather than growing rice, the typical crop of the time, he focused on cattle and dairy farming.  We can draw this assumption from the inventories of Richard and his son, Richard Jr. The large number of livestock and the small number of slaves (Five Negro men, two Negro Women, one Indian women, one “mustee’’ boy, and one Negro girl) indicate that the Codners were not focusing on rice, cotton or indigo production.

On a cattle ranch plantation, the livestock grazed in the forest and grasslands. Once a year, the cows were herded into pens for branding and preparation for slaughter.  These pens were made by fencing off an area between forks of a stream or in an open area that was surrounded by ditches or fences made of logs and brush.  Before it was sold, the meat was cured using salt, a typical form of food preservation in the early colonial period.   The close proximity to Charleston was ideal, and Codner was able to take his product to market before it spoiled in the Lowcountry heat.

The Codners also had a dairy operation.  One of the most important functions of the dairy was the collection of the cream from the milk.  The milk would sit for ten hours in shallow dishes, which were placed in a small building that could be kept cool. Once the cream rose to the surface, it would be gathered for its different uses. The milk would then be churned into butter.

The first three public roads on Daniel Island were created by acts ratified by the governing assembly over a period of several years from 1703-1712.  Before this time, a road was built and maintained at the owner’s expense.   In 1709 a road was extended from the Codner Plantation to Daniell Road.  (Daniell Road went from Captain Daniell’s plantation, as he was known at this time, to Cainhoy.)  Codner Ferry Road was renamed Scotts Ferry Public Road after the subsequent owner, John Scott, and was the primary route on the island until the 20th Century.

In 1746 Charles Codner (the grandson) decided to leave the colony and sold his plantation, Codner’s Ferry, to John Scott, who was a ship carpenter.  By then three generations of Codners had made a prosperous living from cattle ranching and dairy farming.  Daniel Island had been their home for approximately 66 years, and this piece of land was very important to the family.  When it was sold, Charles Codner retained the rights to the family cemetery.

After Scott’s ownership, the land was held by several owners until 1794, when Nathaniel Russell, a wealthy merchant, became the owner.   Russell arrived in Charleston from Rhode Island at the age of 27.   The war between England and France was very beneficial to those in Charleston who were involved with the “carrying trade.” He would amass his fortune by importing and shipping cargo around the world.  The cargo consisted of staples, such as rice and tobacco, but he was also involved with the African slave trade.   It is believed that the property on Daniel Island was for investment, as Russell’s main residence was in downtown Charleston (the Charleston home at 51 Meeting Street is now a museum and open to the public).   Nathaniel Russell sold the property after five years.  Again it was retained by multiple owners until 1892, when it became part of George Cunningham’s landholdings on Daniel Island. Cunningham himself is a very interesting man, but we will save that story for another day. 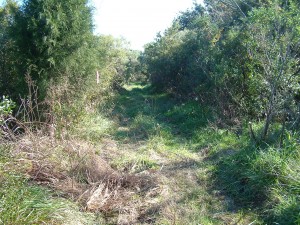 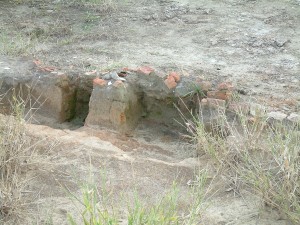 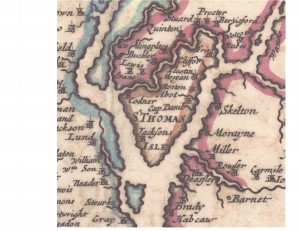 A page of Richard Codner’s  Inventory ( Courtesy of Brockington and Associates): 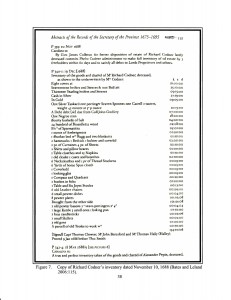